A New Initiative to Promote Safety for All Women and Children

Abuse and isolation go hand in hand. In many domestic violence situations, what happens “behind closed doors” is supposed to be kept secret, in the home, or the “family’s business”. When there are public events about violence and abuse, it is a powerful way to break the silence.

On June 10 2017, on a glorious summer day, IRCNFF Peer Champion Althea Knight and the Parkdale Walking Group hosted the #LoveWalk, an initiative created by Althea. The #LoveWalk was a public event to raise awareness about violence against women and children, and to promote peace, safety and healing for all women and children – and for everyone.

The Walk started at Parkdale public library – a hub for many communities in Parkdale – and ended at Lake Ontario. It was silent, meditative walk, with some participants holding signs. As we were walking, Althea handed out IRCNFF resources to inquisitive people we passed by. The silence was powerful. The witness to the need for all women and children to experience safety was felt in the air, and by those who observed the Love Walkers.

When we arrived at the Lake, Althea facilitated an arts-based activity: the Love Wall. On the wall, participants posted messages of hope, love and safety for all women and children. This Love Wall was then brought back to the Parkdale Public Library and put on display there. IRCNFF Campaign resources were also distributed at Parkdale Library, and shared with a TDSB high school in the area.

Althea hopes to make the #LoveWalk a model that can be used in many communities – it is a free, public way to make a statement about ending violence, and providing resources directly to people in the community. It also shares a positive and much-needed message of hope. 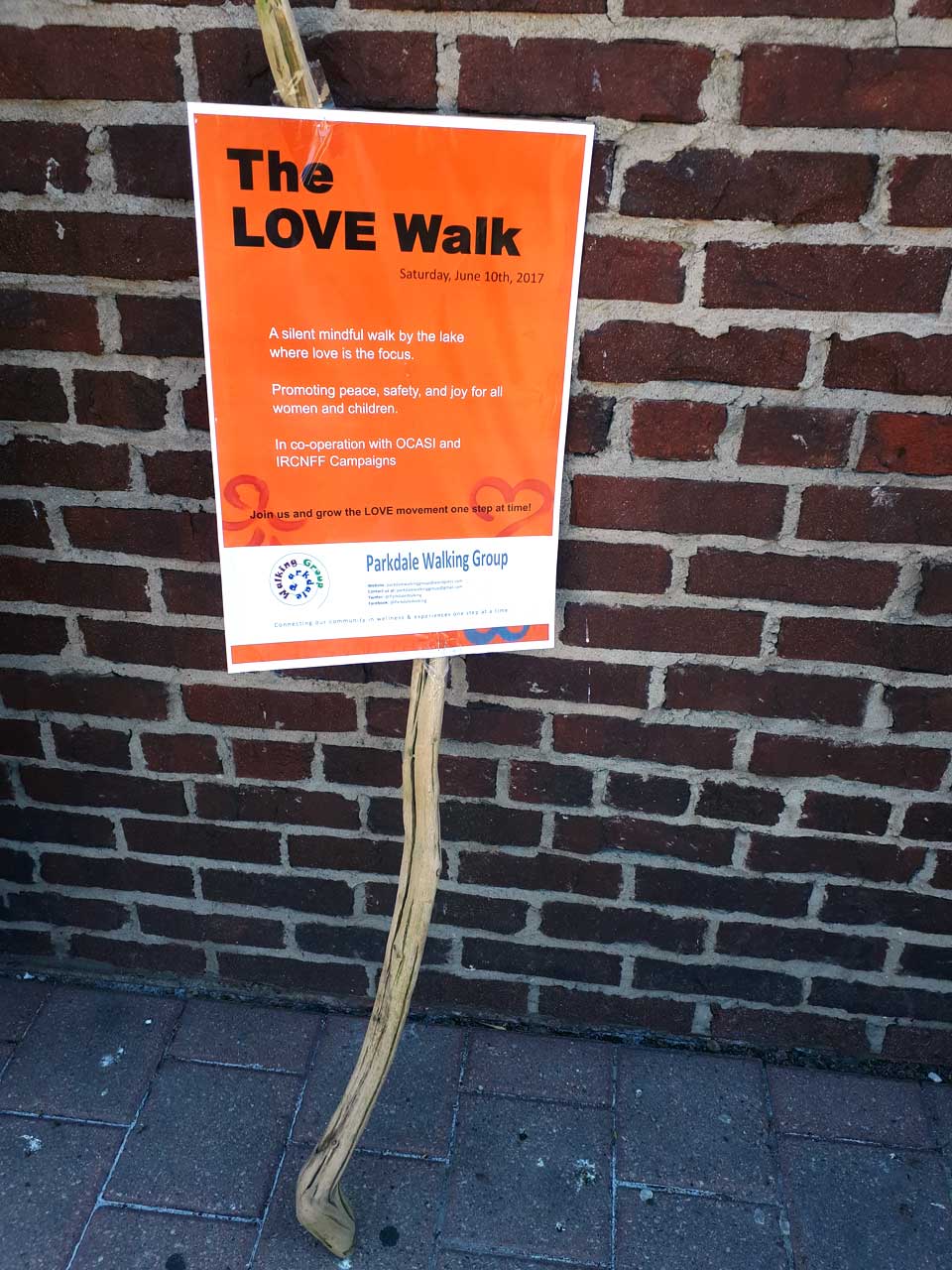 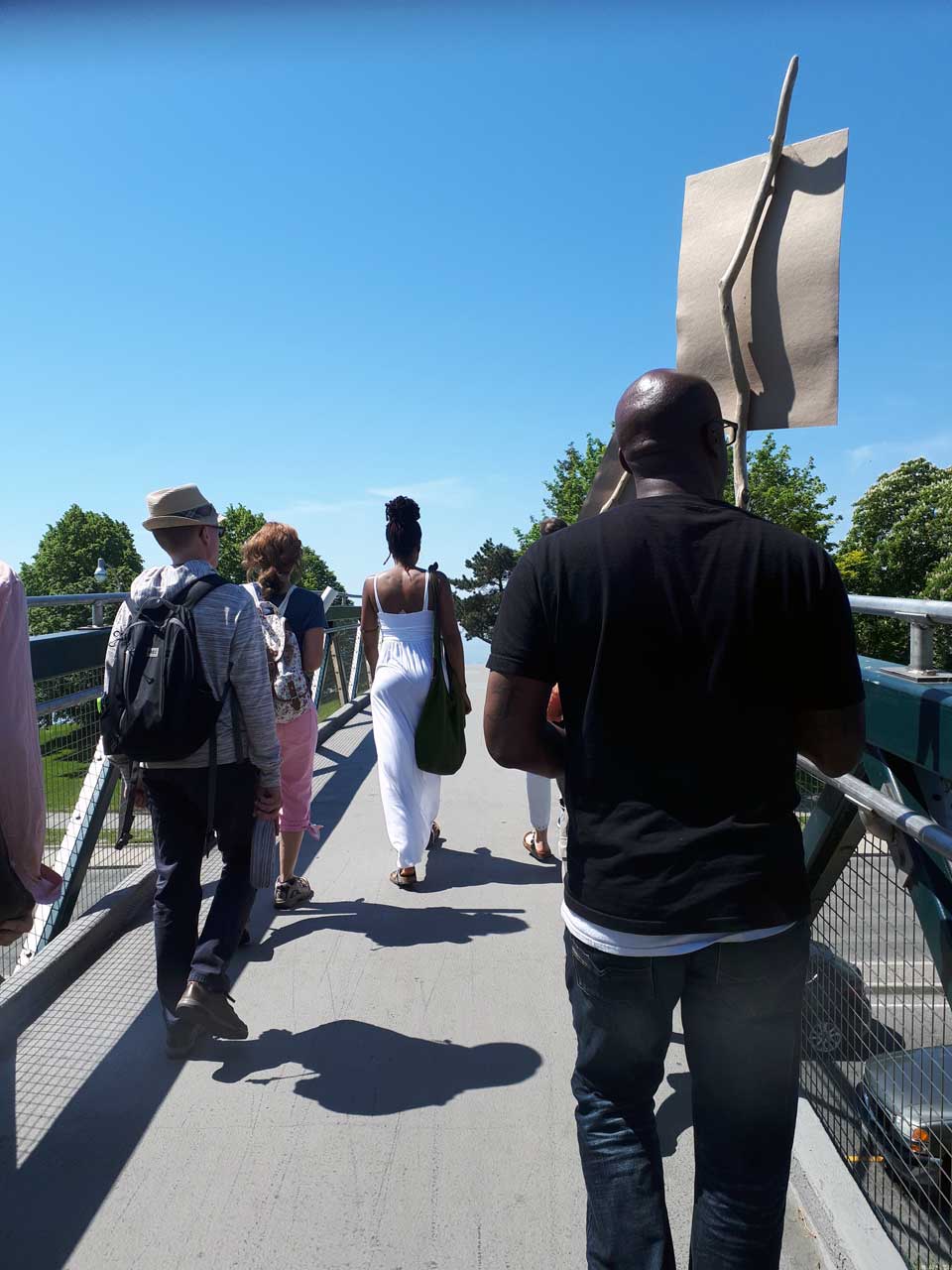 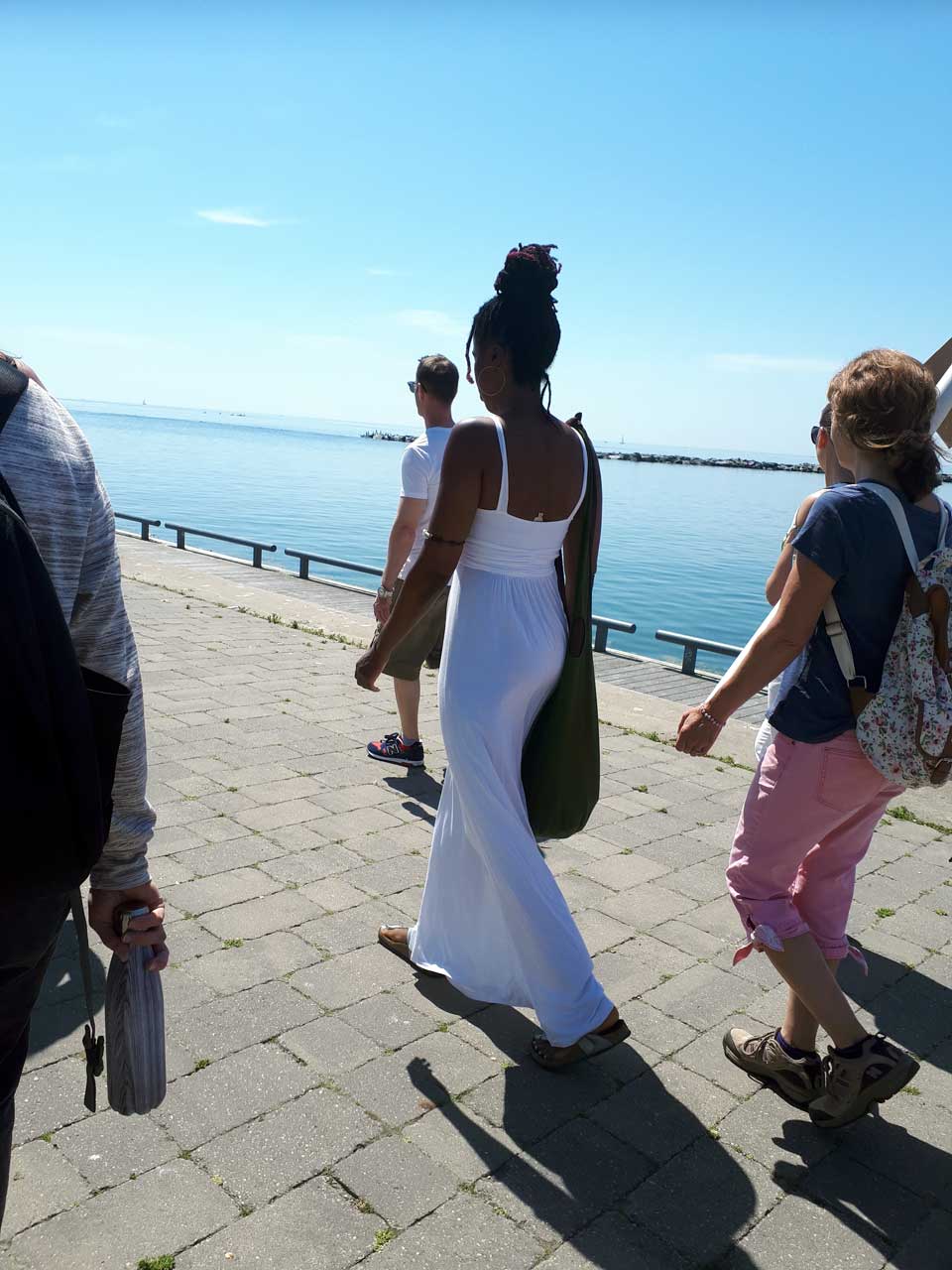 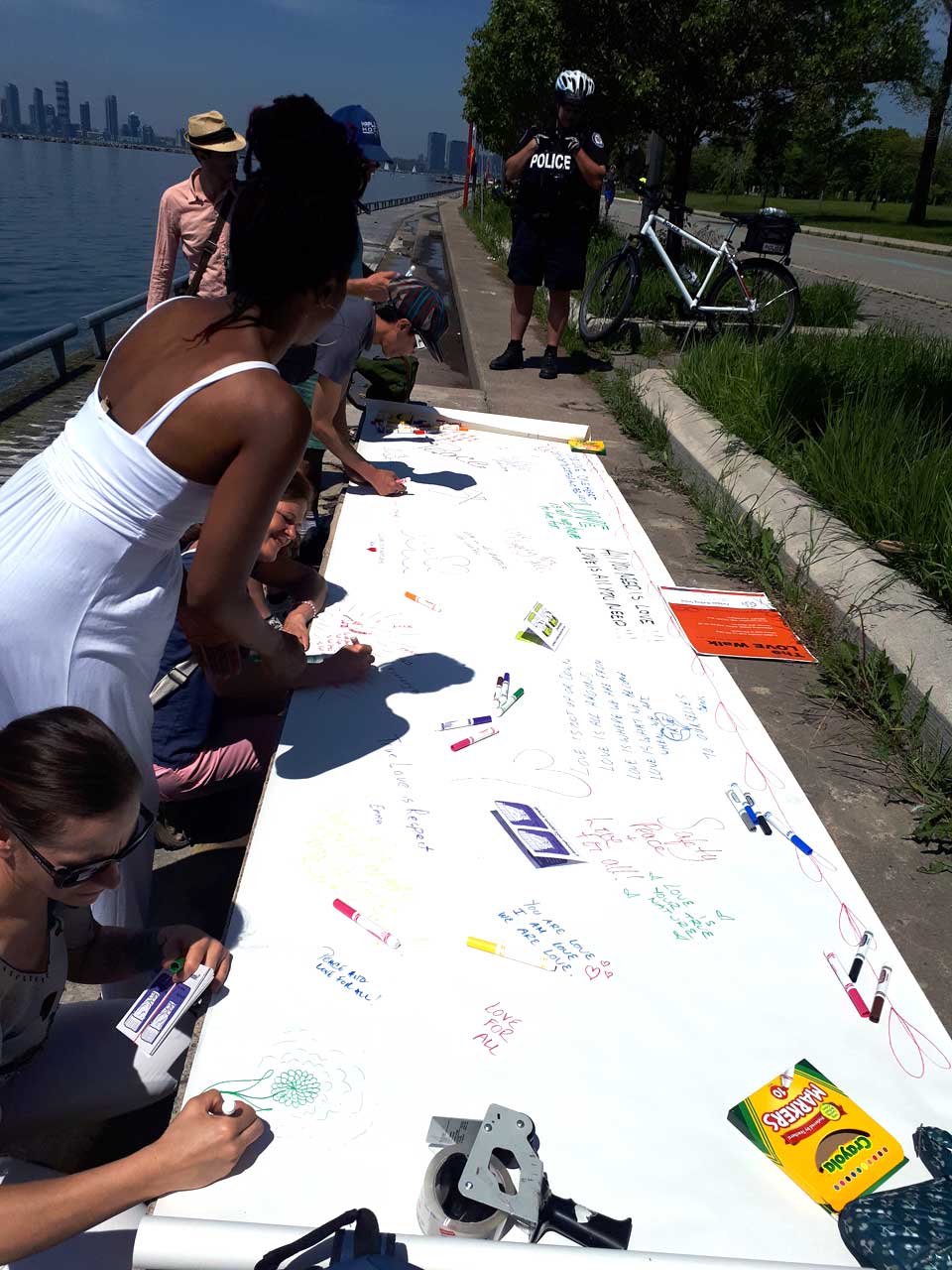